Antwerp based Marius Acke, artistname Marius (BEL), releases his 4 track Be Sincere EP on the label after remixing Das Carma‘s track Wonderous past June. Marius has been producing house music since the mid 90s, both solo and as collective Mayaku.

Together with Rubba J and Koenie they have released lots of 12″ vinyl mainly on Koenie’s imprint Wally’s Groove World. But also on the Japanese Outergaze or the San Fransisco based Grayhound Recordings. 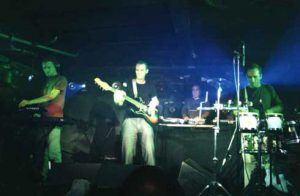 Marius is a respected producer who has released his debut album “Balance” in 2000. Over the years he has been getting lots of attention by doing remixes for the likes of An Pierle, Yann Fontaine and Groove Armada.

His Be Sincere EP is actually a collection of 4 rediscovered and unreleased tracks made in between the years 1997 and 2003. Given their creation date these actually still sound pretty relevant today. The only thing that reveals their age is the track tempo, firmly set to around 127 – 130 bpm. The way it used to be more then a decade ago. But, that’s easily cured by adjusting the pitch (Yes, they still sound amazing at 124 bpm). 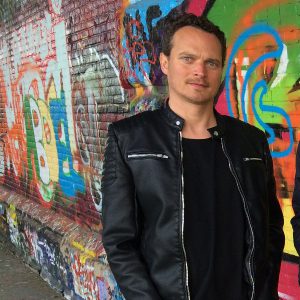 The EP starts of with Fusefever and has a wicked bouncy bassline and nice vintage rhodes chords on loop. Gimme Your Love is a more chilled out flavor which reminds us of early Steve Rachmad productions. Wally’s World is a serious wink to the recordshop and label, and a favorite of the promo mail-out, which has the lovely filtered brass sounding chords and is a deep trip just like the final track Be Sincere. Have a listen down below.

One response to “Marius (BEL) – Be Sincere EP”