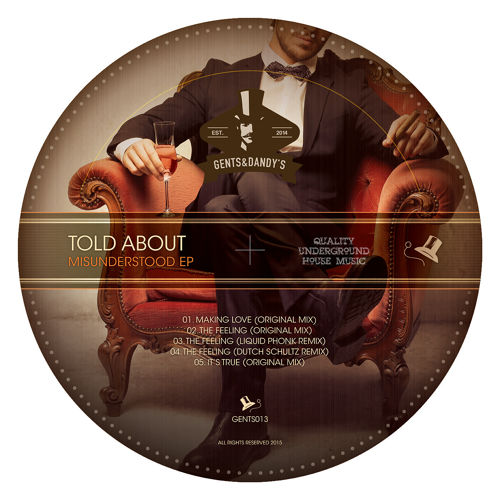 For release n°13 we took on an EP by a young German producer from Berlin who goes by the name of Told About who’s previously released on Farbton, Back To The Future and Munis. Max Shröter (real name) gave us 3 bangin’ original cuts and proposed to have a track remixed by some of his friends. Little did we know his friends include the two friendly guys from Liquid Phonk, Mirko Koenig & Patrick Lesser, who gave the track ‘The Feeling’ a lovely analogue treatment. The other remixer included on the EP is Dutch Schultz – apparently also the name of deceased mobster from the 1920s – who’s also released on Wound Music Italy. He gives the track a more stripped back feeling.

An EP that’s had some serious support and chart placement from industry heavyweights like Rainer Trueby (Compost Records) and Corrado Bucci. Airplay on internet radiostations & shows as well as on the FM dial (Radio Z).